The Egelantier includes the former Elisabeth Hospital on the southern edge of Haarlem’s centre. The building dates from 1871, but also has various buildings from later periods. The total area is approximately 6,000 m2 and is located at the back of the public Egelantier Garden. The building is a national monument and is included in the Monuments Register of the RCE under number 19096. The complex is also in a conservation area.
In addition to social functions, there is potential for hotels and apartments after renovation and restoration. The property forms part of the Heiliglanden de Kamp zoning plan, this zoning plan was revised in 2016, in which the aforementioned amendment authority (residential and hotel) will remain the starting point.

Currently consists of an historic building. It currently has social planning permission. The zoning plan includes amendment authority to residential or hotel. The zoning plan of Egelantier is expected to be drawn up in the spring of 2017.

The location is easily accessible by both car and public transport and is close to the Frans Hals Museum and the Grote Houtstraat (main shopping street).

Already established on this location

The building currently serves as a cultural centre and will be vacated towards the end of 2016/2017 for sale. 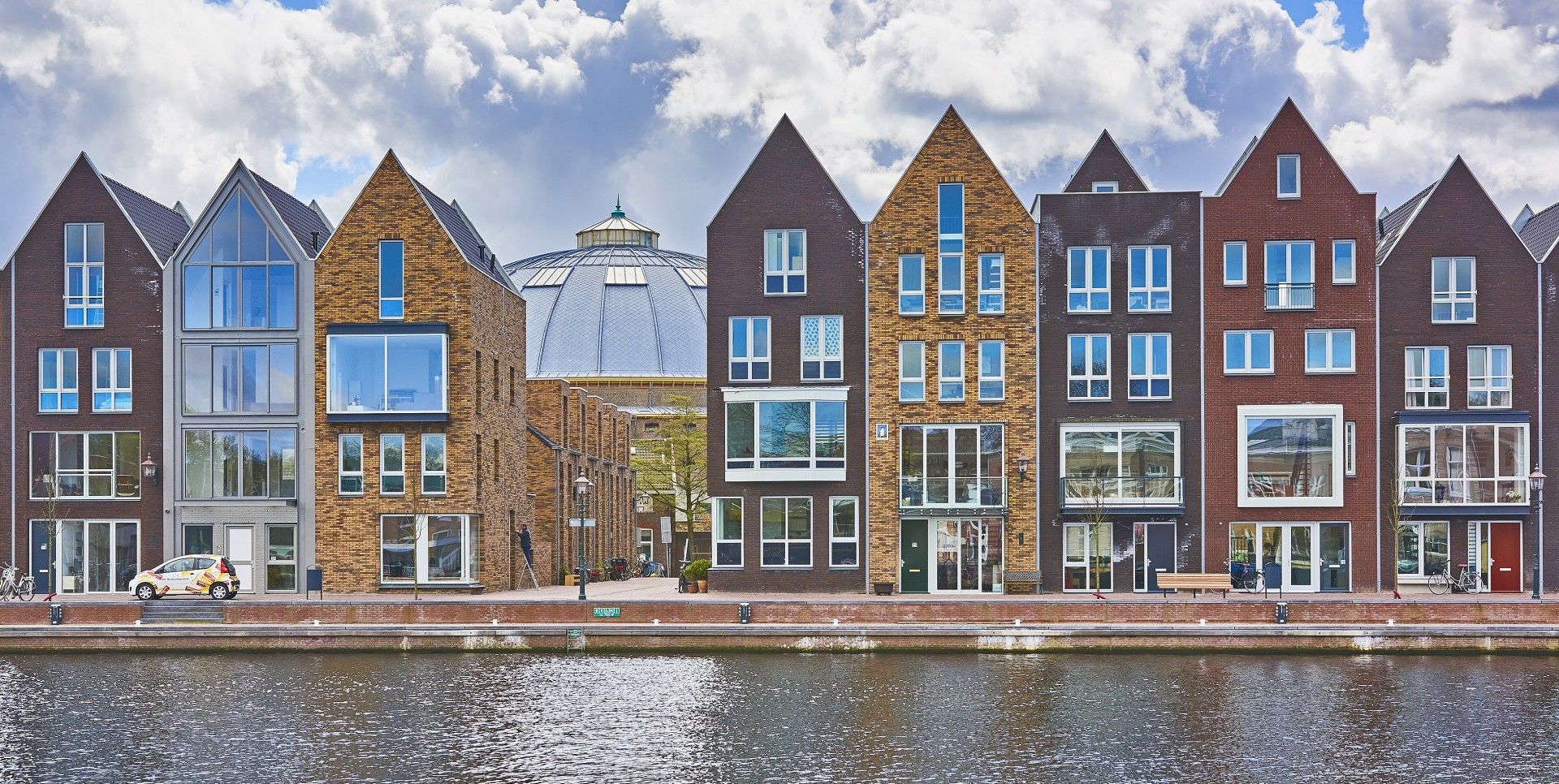 A historic city of culture, at 12 minutes by train from inner city Amsterdam, with extensive pedestrian shopping zones and a beach nearby. Haarlem is an attractive town for families with children, as it radiates a more provincial vibe. It is also home to many small high tech companies and start-ups. The white sandy beach stretches out over almost 150 km. All along this coast, travellers will discover miles of boulevards, terraces, shops and restaurants.

view assets in this area

It is located right on the Spaarne at the southern edge of the centre of the city in the Rozenprieel district. The plan includes the construction of approximately fifteen townhouses along the Spaarne and four apartments in the social sector. The existing building Koningstein must be demolished to make space for the current development.

The Fietsznfabriek is located on the river Spaarne on the eastern edge of the city of Haarlem in the ‘Scheepsmakerskwartier’. Houtmarkt 7 is a national monument. The complex is located near the access road to Haarlem city centre and in between the railway stations of Haarlem Centraal and Haarlem-Spaarnwoude. The new build on the Oostvest side shall be a key element in the Haarlem conservation area’s appearance.